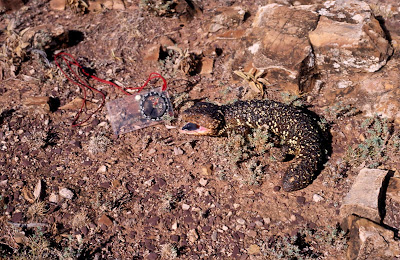 Blue tongues, shinglebacks, or sleepy lizards, as they are commonly known, are members of the skink family (Scincidae).
Posted by Chris Nedin at 11:01 PM