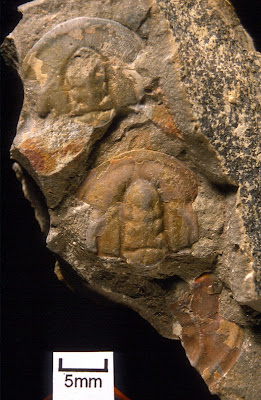 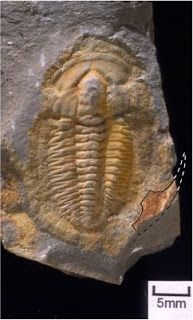 It's well known that the primary result of taking vitamins is basically expensive urine (e.g. here), despite alternative medicine sites claiming it's a myth.

However, now there may potentially be a much more serious downside to multivitamins than just expensive urine - breast cancer.

A study published in the American Journal of Clinical Nutrition studied 35,000 women over a 10-year period.

In 1997, 35,329 cancer-free women completed a self-administered questionnaire that provided information on multivitamin use as well as other breast cancer risk factors.

During a follow-up, 974 women were diagnosed with incident breast cancer. When researchers checked, they found that women using multivitamins were over-represented. For those taking at least seven vitamin pills per week, the risk of contracting breast cancer increased by 19 percent in comparison with those who did not take vitamins at all.

The study concluded that the results suggest multivitamin use is associated with an increased risk of breast cancer, and that this observed association is of concern and merits further investigation.

It is known that some women who use multivitamins get firmer breasts than other women, through an increase in breast tissue density, and significant increases the density of breast tissue is a strong risk factor for breast cancer.

This is not a causal link, but, as the study concludes, needs further investigation.

Complimentary health is a A$2.5 billion industry in Australia.

Don't leave a paper trail.
The ongoing PR disaster that is the current revelations about the pedophile priests cover up by the Catholic Church has now drawn Ratzinger even more into the frame.

The BBC is reporting on a letter delaying action on a priest in America in 1985, and signed by then Cardinal Ratzinger. The first evidence of direct involvement by Ratzinger.

According to the BBC, in 1978 a catholic priest Stephen Kiesle was sentenced to three years of probation for lewd conduct with two young boys in San Francisco. The Oakland diocese had recommended Kiesle's removal in 1981 but that that did not happen until 1987.

Cardinal Ratzinger took over the Congregation for the Doctrine of the Faith, which deals with sex abuse cases, in 1981.

So the diocese asked for the Kiesle to be defrocked in 1981. In 1985 Ratzinger wrote to the diocese:

Having received your letter of September 13 of this year, regarding the matter of the removal from all priestly burdens pertaining to Rev Stephen Miller Kiesle in your diocese, it is my duty to share with you the following:

This court, although it regards the arguments presented in favour of removal in this case to be of grave significance, nevertheless deems it necessary to consider the good of the Universal Church together with that of the petitioner, and it is also unable to make light of the detriment that granting the dispensation can provoke with the community of Christ's faithful, particularly regarding the young age of the petitioner.

It is necessary for this Congregation to submit incidents of this sort to very careful consideration, which necessitates a longer period of time.

In the meantime your Excellency must not fail to provide the petitioner with as much paternal care as possible and in addition to explain to same the rationale of this court, which is accustomed to proceed keeping the common good especially before its eyes.

Let me take this occasion to convey sentiments of the highest regard always to you.

Your most Reverend Excellency

So . . , like . . , 'we think the arguments are grave, but we need more time, think about how the Church would look if we defrocked him, consider the impact on him, and be sure to minister to him'.

Nothing about protecting the flock that placed their trust in the Church and who may be in harms way.

Now the Church claims that this must be taken in context of a long series of correspondence on this matter between the Vatican and the diocese, and this is true. There may be other letters laying out protections for the flock, but if there are, surely the Vatican could release them?
Posted by Chris Nedin at 1:16 PM 0 comments

The latest PR disaster that is the Catholic church continues unabated. And much of it has to be put at the feet of Ratzinger. Confirming once again what a terrible "choice" he was. I put choice in inverted commas because, of course it was no such thing.

Having run the Vatican for several years while the incumbent Pope was literally a dribbling idiot, he successfully entrenched the fundamentalists in power behind the scenes. Having done so, the majority had unelectable sycophants, while all the best candidates were moderate and so blocked by Ratzinger's faction. Having created the impasse Ratzinger graciously steps up to the plate for the good of the Church - his church of course.

The problem with surrounding yourself with sycophants is that, well, their qualifications are that they are sycophants, not that they have experience or expertise with the issues.

This has been highlighted by the series of PR disasters the Vatican continues to stumble through.

The welcoming back into the Church of a holocaust denier.
The excommunication of people involved with saving the life of a 12 year old rape victim.
The ongoing falsehoods regarding condoms and AIDS in Africa.

Now comes the latest scandels, the continuing revelations of pedophilia by Catholic priests and the failure by the church to deal with it.

This time Ratzinger is intimately involved, as it appears he was informed about these activities but failed the victims. In fact, he apparently issued an letter in 2001 instructing that all case should be kept quiet and dealt with within the church (now I'm no lawyer, but isn't instructing someone to hide a crime, itself a crime?)

Clearly the Catholic church holds it's priests to a different standard to everyone else. That standard appears to be 'all priests are considered innocent until the crime becomes public'.

The latest attempts at damage control continues the inept performance of this Pope and the Vatican.

The victims have been blamed.
The media has been blamed.
The holocaust has been invoked to support the church.
The 'the fact that some boys were pubescent means that it wasn't pedophilia' defence. (No, seriously!).

The latest defence - change the story. It's now all about atheism

And with that we welcome the latest sycophant to be promoted - Bishop Anthony Fisher OP, DD, BA(Hons), LLB, BTheol(Hons), DPhil, the new Bishop of Parramatta, and historical ignoramus.

In his first easter message The good Bishop says:

Last century we tried godlessness on a grand scale and the effects were devastating. Nazism, Stalinism, Pol-Pottery, mass murder, abortion and broken relationships: all promoted by state-imposed atheism or culture-insinuated secularism, the illusion that we can build a better life without God.

Natzism? Really? The army that had "Gott Mit Uns" on their uniform was godless?

The new Bishop of Parramatta, on message and clueless - should go far in Ratzinger's brave new world.
Posted by Chris Nedin at 11:25 AM 1 comments