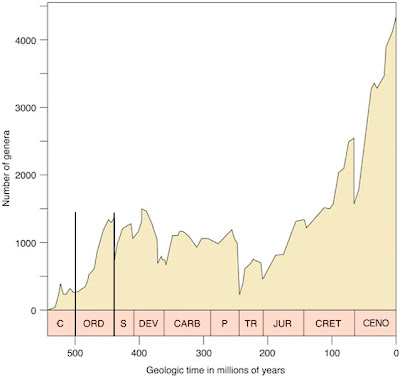 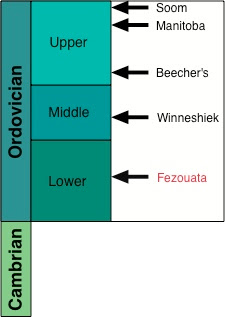 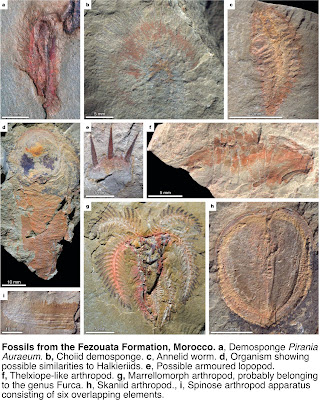 Cambrian Critters in the Ordovician

There's a paper in Nature on a new Ordovician site with a range of critters resembling Cambrian fossils.

I am waiting to get my hands on a copy of the paper to comment, but until then Brian Switek has it covered here.

One thing though. The deposit is apparently from deep water. This may well be an example of critters being forced out of the near shore by competition and hanging on in a deep water 'refuge'.

More once I get the paper.
Posted by Chris Nedin at 3:27 PM 2 comments