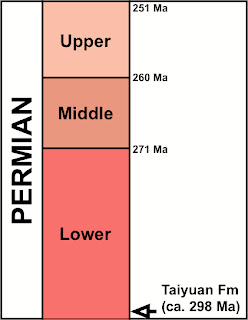 Jun Wang, Hermann W. Pfefferkorn, Yi Zhangc, and Zhuo Feng. (2012) Permian vegetational Pompeii from Inner Mongolia and its implications for landscape paleoecology and paleobiogeography of Cathaysia. Proceedings of the National Academy of Science of the United States of America, Published online before print, doi: 10.1073/pnas.1115076109
Posted by Chris Nedin at 2:26 PM 5 comments